Durham Full Gospel Church / About Us

Durham Full Gospel Church has been part of the Christian Community for more than 35
years and has been Located at 419 Brock Street North in Whitby since 1986.
The Church is an independent Pentecostal work with connections to sister churches in the United States of  America.

Vision was birthed in the Faith Homes which were established in Zion, Illinois during the
Pentecostal Revival, with the teachings of Martha Wing Robinson.

Our founding Pastors, Gordon and Ruby McKinnon, were given this light early in their walk and continued a church of opportunity to give testimony, be part of a singing group, teach or simply serve. 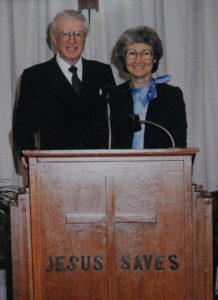